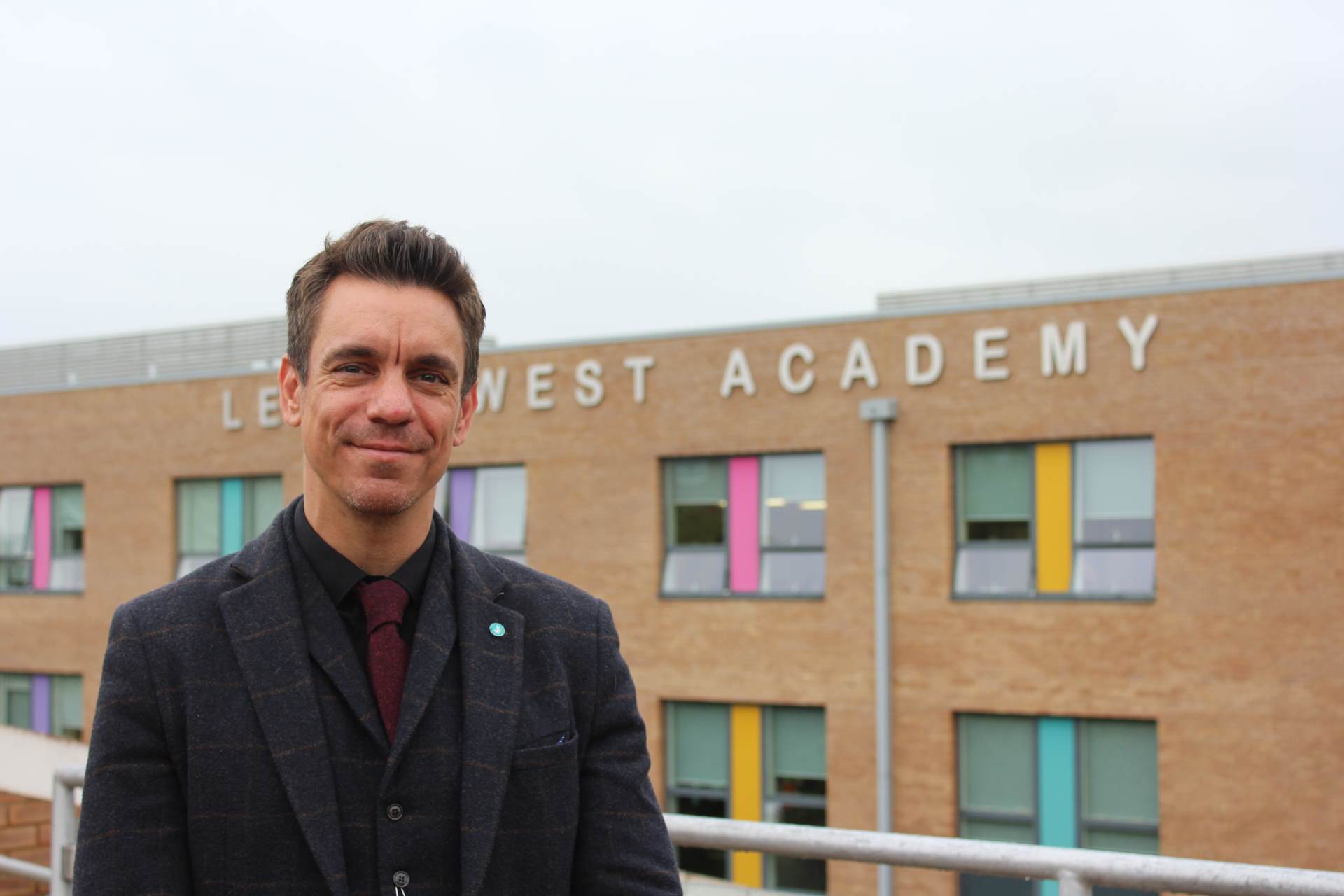 The White Rose Academies Trust are delighted to announce the appointment of Mr Dan Whieldon as Principal of Leeds West Academy, following a robust selection and interview process.

He then became Head of School in January 2020, when former Principal Christian Wilcocks transitioned into the role of Associate Executive Principal for the Trust.

After an initial career in television production, including working at ITV, Dan trained as an English Teacher and began his teaching career at the former West Leeds High School in Armley in 2001.

Throughout his career to date, Dan has made significant impacts on students’ education, including as a School Improvement Advisor at Leeds City Council, Director of Academies’ Effectiveness for Abbey Multi Academy Trust, and as a senior leader at Abbey Grange Church of England Academy accruing over a decade’s worth of leadership experience.

“I am honoured to have been appointed as Principal of Leeds West Academy and I feel privileged and humbled to serve and lead our amazing school. Leeds West Academy students, staff and our families are a special community, and I am confident with the strength of support and partnership we have with our parents, we can continue to work together to create the very best futures for our young people.

“This area has so much character and strength of community pride. I have always known what a special place this is to work, since beginning my career in teaching over twenty years ago at the former West Leeds High School serving the communities of Bramley and Armley.

"I firmly believe that better never stops, and we will continue to do even the most ordinary things extraordinarily well at Leeds West Academy as we drive a staff culture of professional excellence to ensure we create the world class academy that our community deserves.”

“We are delighted to appoint Dan Whieldon as Principal of Leeds West Academy. Ever since he joined the school and our Trust in 2018, he has been integral in securing improvements and inspiring our students to become ambitious and achieve greater things.

“Dan has been doing an excellent job as Acting Principal of the school since the start of this academic year and now he has the opportunity to fully implement his vision of transformation for Leeds West Academy and ensure the school grows as beacon of the community.”