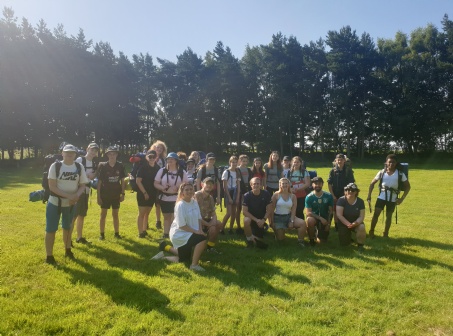 Congratulations to our Year 9 and 10 students who completed their Bronze Expedition recently on what was the hottest weekend of the year.

The route took our students from Leeds West Academy to Bramhope Scout Camp, a journey which took over 6 hours from departure to end point.

Students had trained admirably and were well prepared ahead of the expedition. The first of four groups departed at 9am, with the others following in staggered timeslots up to 10am.

The journey took the groups along the canal, through Horsforth Park, across the picturesque North Leeds countryside before reaching Bramhope. Students demonstrated fantastic levels of resilience, determination and leadership to navigate their way along the route; they carried heavy rucksacks whilst also dealing with the excessive heat.

Day 1 went incredibly well, with only only one group taking the 'scenic' route which led to a fall into a nettle bush and a herd of cows blocking their path. The day was capped off with students taking a well earned rest at Crag House Farm Shop, where they enjoyed a refreshing ice-cream.

Once all groups had reached camp, students once again showed their maturity, knowledge and commitment by immediately pitching their tents and cooking their evening meal on the stoves all before 6pm. 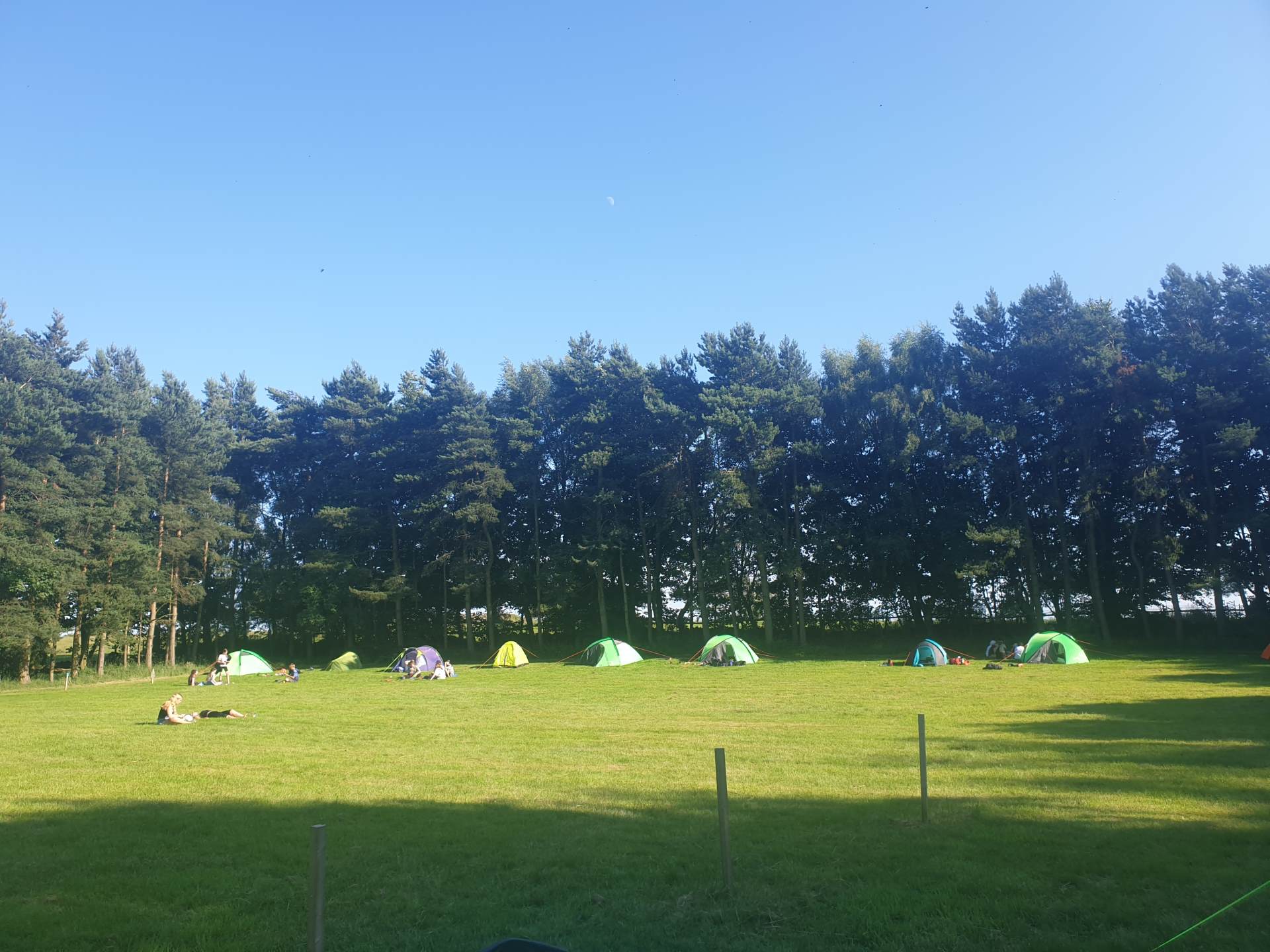 Most groups took the opportunity to rest, cool down in the shade and share their journey so far with friends. However, a handful of students seemed to show unrelenting levels of energy and were doing cartwheels and handstands as soon as they arrived into camp!

The near perfect evening conditions saw both student year groups and staff come together to play a game of rounders, where of course the staff came out on top!

Eventually, and only after a limbo competition, the whole group became tired and retired to their tents ahead of Day 2.

The second day followed in a similar fashion to the first, with groups departing shortly after one and other. Some students were visibly tired after the prior day's walking and a perhaps uncomfortable night in a warm tent, though all were up and ready before 9am which was fantastic to see.

The day past without any significant incident - only one small detour by one group and a staff member suffering a couple of random nosebleeds.

The heat again proved difficult for all involved and regular rests in the shade became more important. Our task was made much easier by the generosity and friendliness of people we met along the way including an elderly couple who refilled the water bottles for one of our groups. By the time we had reached the final leg of the journey along the canal, some battle wounds were beginning to appear on students and enthusiasm began to wane. 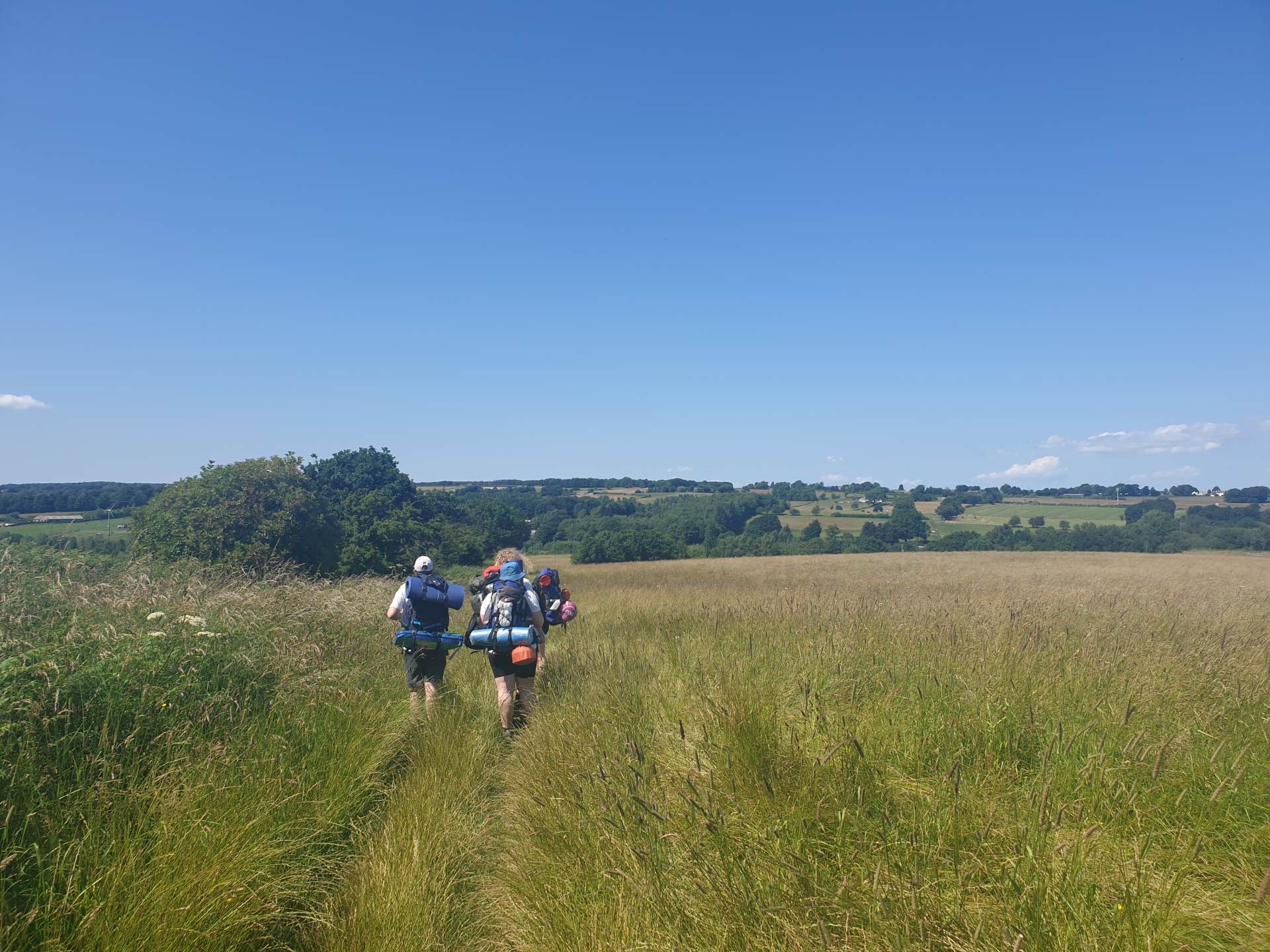 However, ice-cream came to the rescue once again and our motivation levels were boosted just enough to begin our ascent up the hill back towards the school. A couple of songs broke out to keep spirits high and to help those students who were running on near empty, but all students made it back to school and were rewarded with a warm welcome by those waiting to collect them.

This brought the end to a truly fantastic expedition and one where students showed themselves to be utterly brilliant young people. They are a true credit to the academy and demonstrated a range of amazing skills to successfully complete their expedition.

The levels of leadership, resilience, determination and overall support they provided one another was phenomenal. It was great to see students go outside of their comfort zones to gain this achievement, whilst also making new friends and memories along the way. I could not be any prouder of every student involved and they should be incredibly proud of themselves too.